It's exactly one month to Christmas Day. Now I'm not saying I'm panicking exactly, well not outwardly, well not yet anyway, but.... There's definitely visions of sugared plums dancing in my head, whether I'm awake or not, I'm consumed by gingerbread, which to be fair isn't as much of problem as you'd think.  I've accidentally …

END_OF_DOCUMENT_TOKEN_TO_BE_REPLACED

It's already beginning to feel like Summer has slipped away & Autumn is forcing its way in, causing all sorts of niggling & unrest. I mean there we were, enjoying blue skies, balmy days & balmy nights, bbqs & evening drinks on the terrace, & suddenly it's Autumn! Don't get me wrong, I love …

END_OF_DOCUMENT_TOKEN_TO_BE_REPLACED

There's lots going in the back ground at the moment, all things to improve CocoaNoko Makes, it's quite exciting! The website is having an overhaul, new logo, & new tempting cakes to make you ooo & ahhhhhh & lots more! So please bare with me as I sort all this out! You can still order …

END_OF_DOCUMENT_TOKEN_TO_BE_REPLACED

ArtSpace has been donated a number of fine chairs, which we are offering for sale at £25 each. The frames are in good condition, but the fabric is slightly faded in places. However, see picture for how good they can look once recovered! Our friend Jennie Gaywood has done a fantastic job of giving this one a new lease of life: “2 1/2 metres fabric, a staple gun and a curved needle and thread. Lots of pins and a few hours of toil whilst watching Wimbledon, hay presto ! A new chair!”

Anyone like to have a go at doing their own? The chairs are on display (and on sale) at ArtSpace.

I've analyzed the weather forecast for Sunday's Treacle Market & it's not looking to shabby, not too hot, which is great for deeply dark chocolate ganache covered fairy cakes, they're such delicate creations you know, but very naughty so we definitely need those, not to mention all the other not quite so naughty cakes available, …

END_OF_DOCUMENT_TOKEN_TO_BE_REPLACED

This sounds AMAZING!!! Perfect summer treat, I may just have to try this one out! Any takers for the taste testing team?

This is my End-Of-Term post for 2014, before taking a short break over the summer to do Stuff™, and so I have chosen a cake that has been on my ToDo list for many a moon.

This is Ms Emma Rylander Lane’s Prize Cake, with which she was declared champion at the Georgia State Fair, Columbus in 1898. It is also the cake immortalised in Harper Lee’s To Kill A Mockingbird. When the novel’s narrator, Scout Finch, described the celebrations for the arrival of her aunt Alexandra, she declared:

Miss Maudie Atkinson baked a Lane cake so loaded with shinny[1] it made me tight.

Miss Maudie later decides that a Lane Cake is in order when a neighbour is hurt on the night Miss Maudie’s house catches fire.

10am to noon and 2pm to 4pm:  The Morning sessions will be more suitable for 5 to 11 year olds and the afternoon sessions for those over 11.  Children under 11 and those who might need assistance should be accompanied by an adult. 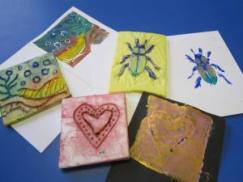 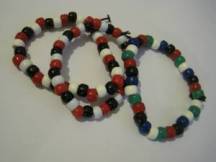 The workshops are Free however we would appreciate a small donation to cover the cost of materials.

Lift available for those who cannot use the stairs.

It's been a fabulous start to the Summer with Barnaby Festival kicking off in Macclesfield these last few weeks! There's still an awful lot of things to see & do before the amazing festival closes on Sunday Night! Highlights so far have been the brilliant 'Industry' Parade on Saturday; amazing floats, toetapping music, visionary costumes …

END_OF_DOCUMENT_TOKEN_TO_BE_REPLACED

It's the final Bank Holiday of May, it's the start of Whit Week & that means Spring Half Term! Holidays for the children & hibernation time for me!! I'm hoping the weather will hold, well one can dream! Talking of weather it has been quite wonderful of late, well it has in Macclesfield which obviously …

END_OF_DOCUMENT_TOKEN_TO_BE_REPLACED

Well Easter has been & gone, I can't tell if it was early or late or right on time this year. I know the school holidays were a little askew, which I admit has been a little confusing, I know I'm not the only one! I'm probably not the only one that feels a little …